I am taking a break from lost/missing animals.

In the past, I had been highly successful with reuniting because I would cancel all other work & personal commitments whilst working with a lost/missing animal.

The majority of lost/missing animals are time-consuming (because the animal can be fraught/confused/hiding low, and will request healing, and then communicating and I might have to support the animal over 3 or 4 days if they are on the move or traumatised or confused, and this means I might connect with the animal 20 times, because of healing & then asking the animal for more detailing to build a recognisable picture, that the owner can hopefully relate to. Animals do not share a ‘street address & come and get me’ info.

Every time I connect with a lost animal, the animal shares energetically with me how they are emotionally, mentally & physically doing, but they will also share with me energetically what their beloved family or other people that are concerned about them are experiencing, which could be the family is not able to sleep & anxious.

I always had the policy of after working with a lost/missing animal to take at least 2 days off to recharge.

Because of my other commitments, I am no longer accepting lost/missing animals. 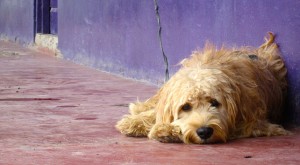 Some lost animals are so desperate to return to their family and they are not always aware if they have had an accident, and passed on.

Also the occasional animal because of their own journey will shift to a new home on purpose, they are not lost except in their family’s thoughts. One example comes to mind a beautiful cat decided to leave home as she felt a need to be elsewhere and took up residence with a sick child that lived a few streets away from her ‘original home’.  The beautiful cat’s reason was due to the child needed her more than her original family [she told her ‘original family’ how deeply she cared for them]…..the sick child was bedridden. The original family did track their cat to ‘new home’ & they made the wise choice of letting things be as they were meant to be.

If I feel your pet is close to home – I will ask your pet to return if possible, & JUST AS IMPORTANT to stay as safe as possible.

Please be aware: Lost pets are not able to say I am at such and such address: INSTEAD lost pets can give information on what they can see/sense around them. This also means that the family or people searching have to be able to see/sense things through the animal’s eyes, and this is the key part of re-uniting.

One story comes to mind. A little dog that was flown to a different city to live with a new family. He escaped at the airport. The searchers were searching in the completely opposite direction than where he was. The dog shared a landmark & this led to his recovery BUT ONLY ONE OF THE SEARCHERS RECOGNISED THE LANDMARK (the other searchers didn’t recognise the landmark). Due to what he shared this meant that efforts were concentrated elsewhere. This little dog was also incredibly resourceful as I advised him people were out looking for him and he had to help them find him, and he sure did as he jumped into the Rural Mailman’s delivery vehicle whilst the Mailman was delivering fliers about him, he also was shy in temperament so this was completely out of character. 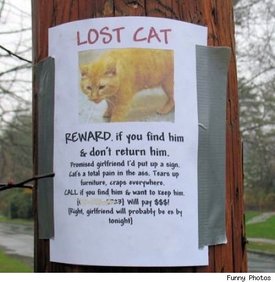 For anyone that has lost a pet –to advertise with posters placed locally, mail drops, social media & lost pet internet sites – there are internet sites especially for lost animals. Contact the vets in your area & SPCA & any other animal rescue organisations, animal control, breed clubs, chat groups, talk to children – children are great observers – maybe even ask the local primary school if you can advertise in their weekly newsletter.

Social Media has amazing Lost Pet Pages & Community Pages and this gets the word out very very fast.

Also on your own social media page do ask all your social media friends to tag & share any postings relating to your pet, and if they could also let their friends in the same area know about your pet.  Also, be aware that your pet might not be in your area, someone might have picked up your dog or your cat has even hopped into a vehicle.

Do keep checking in with vets, SPCA, council, pound or other animal rescue organisations in your area – many a pet has been found due to a persistent family member constantly checking.

Lost pets do not behave as they would normally & some lost pets won’t even present themselves to their family because they are hiding or lying low as this makes them feel secure.

2009 – this little dog lived on a lifestyle property, and had got stuck down a rabbit hole. On communicating with the little dog it was was shared approx where on the property which lead to being found safe & well, though he did have to be carefully dug out from the rabbit hole.

January 2010 – I was contacted regards a lost cat.  I went on foot to walk the route the cat had taken and  he lead myself and his owner to a house. Due to renovations that were happening to the house the property owners had shifted out – the next door neighbour accompanied us to search the property – we searched the grounds, looked through the windows of house, the garage had no windows and we called out to him with their was no vocal meow response (this cat is normally very vocal). I asked him if he was in the garage and reply was “no it’s not a garage but similar”. The property owner was contacted & they were in Christchurch but weren’t interested in coming to ‘open up the garage’ as they said if a cat was locked in the cat would respond to the owner. The cat’s family kept going back to the property hoping to catch the workmen as they were away due to Xmas/New Year  holiday break. Eventually the family did meet up with the workmen returning from annual break, and the owner asked if the workmen could open up the garage and out walked her cat [he had been locked in for weeks during a very  hot summer/luckily there was a dripping tap]. I did ask him after he was back home why he didn’t say garage and he said ‘the owners of the property have never housed their cars in this so not a true garage’ can’t argue with logic like that.

Christchurch Earthquake Sept 4, 2010 – Immediately after the Christchurch I assisted with 22 lost pets.  Once the pets received a healing they were reunited back with their families, this was different than other lost animals as each individual pet needed healing due to how the earthquake had affected them energetically. After the healing the pets gave clues to where they were.

January 2011 – I was contacted about a litter of 3 puppies that had been missing for 3 days – I went on foot, sending them calming energy and talking to them telepathically – a wonderful reunion happened – the owner, mama dog & her friends had walked past the puppies hiding place a few times and the puppies hadn’t cried out or even done their normal puppy yelping which one would assume little puppies would do when they got hungry but had maybe reverted to genetics of being quiet to not draw attention to themselves in case they were preyed on.

December 2012 – and only a few days before Xmas I had 6 people contact me on the same morning that they had lost their pets, all were found due to what the animals shared except for one animal.

August 2014 – This cat was a real homebody, and normally only stayed home, but had got locked in a neigbhour’s garage – the cat shared direction/described the property/garage. The garage was on an elderly lady’s property & was rarely used, the garage was checked but no cat but the owner went back the next day for another look & sure enough  her beautiful cat was hiding in the rafters, as the cat felt safer there, was too worried to cry out or present himself to his lovely owner.